Brace yourself for hours upon hours of flag-waving, people butchering Waltzing Matilda, Failed Olympic bids, and of course Meatloaf and Angry Anderson in the batmobile as we’ve gone deep into YouTube and the archives to bring you the complete history of VFL/AFL Grand Final entertainment.

With the Grand Final being played in Perth this year, and the fact that just about no one can travel into Western Australia it’s an all WA flavour this Saturday at Optus Stadium with the likes of John Butler, Eskimo Joe, Abbe May, indie phenom Stella Donnelly, Men at Work’s Colin Hay and Young Australian of the Year Baker Boy.

The AFL has also called up good old Birds of Tokyo for another hit out to perform with the WA Symphony Orchestra at half-time.

Many suggest that Birds of Tokyo should be banned from AFL venues given they are the ones responsible for the new West Coast Eagles theme song.

No doubt the light show at Optus Stadium will really shine with these WA acts giving their best, but it’s always good to reflect on what’s come before us.

The first Grand Final outside of Victoria featured all Queensland acts, and even got Mike Brady to perform “Up There Cazaly” from the MCG.

With the game being played at night, all the lights were on show to justify the games move to the evening, despite the many objections from traditionalists.

Frequent flyers Sheppard sang their one good song with a light show and have no doubt been on the phone to Peter V’Landys at the NRL to perform at the Suncorp Stadium Grand Final this year.

It’s rumored that Dean Lewis singing about breaking up with his girlfriend was indeed the reason that Richmond didn’t win by 100+ points.

Dean Lewis has been hammered for his depressing, atmosphere killing performance at the #AFLGF https://t.co/PwLvKD3A3m pic.twitter.com/xTsgoAVDCs

Wil I AM looks at his phone during the performance as many wonder why an act that hadn’t had a hit in over a decade (and no Fergie) got a run on Grand Final day.

Meanwhile, Jimmy Barnes saves the day by belting out a few classics.

In a departure from their regular form, the AFL actually got a good band to play prior to the 2017 decider.

The Killers just played hits and then Jack Riewoldt famously joined them on stage post-match.

This is categorised as a rare-hit for Grand Final Day.

A solid and reliable performance by Sting as he simply just sings the hits prior to the Western Bulldogs v Sydney decider.

It’s all you could ask for.

Chris Issac plays it safe again by playing the hits.

Meanwhile, pop star Ellie Goulding sings her song from the Fifty Shades of Grey soundtrack and had as good a performance as the West Coast Eagles that day.

Brian Adams was also brought in from overseas.

He sang the hits.

What more could you ask for?

The AFL went the full Smooth FM by bringing in Ed Sheeran and Tom Jones.

Tom Jones sings Delilah – a song about a man killing his wife.

Very motivational before the big game.

This is a hit.

After the Meatloaf disaster, the AFL went simple and brought in the Temper Trap.

It was a bit meh if you ask me.

What else can we say?

Enjoy Meatloaf butchering every song ever in one of the most infamous Grand Final performances of all time.

Linoel Richie gets a last-minute call-up for the 2010 AFL Grand Final replay.

JD went alright, but it’s not the same.

You can’t go wrong with this combo.

Both Farnsey, Barnsey and Mark Seymour combining to sing “You’re the Voice” makes you proud to be Australian.

Powderfinger belt out a few numbers surrounded by some weird circus act.

When it was announced that the Grand Final was going to be played at the Gabba, some speculated that the iconic Brisbane band would reunite for the game, but they politely declined the offer.

The audio was about as good as Port Adelaide’s performance that day.

For some reason getting Irene Cara was thought of as a good idea.

While not on YouTube, a controversy followed in the leadup to the 2005 Grand Final when Goodrem was bumped from singing the national anthem in favour of opera singer Silvie Paladino, who was unimpressed the AFL wanted to substitute her in the lineup.

Also not on YouTube, Kath and Kim did perform at the 2004 Grand Final and it also saw the return of Angry Anderson’s Batmobile.

The batmobile was recently purchased by a syndicate of die-hard Hawthorn supporters. In 2003 the cast from the Queen musical “We will Rock You” rocked the G with a few numbers to a montage of footy vision.

The final 12 of the very first series of Australian Idol featuring the likes of Cosima, Millsy, Paulini and of course Nollsy (who was robbed) and Guy Sebastian belting out “One Day In September.”

Back when Killing Hedi was at the top of their game, they got a run on Grand Final Day! 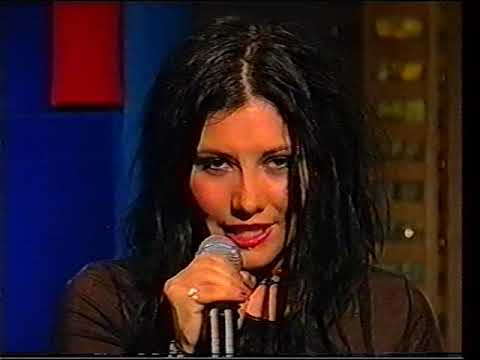 It’s not on YouTube, but what a banger is “Absolutely Everybody” from back in the day?

We assume she sang it prior to the 2001 GF and it inspired the Lions to get home to win the first of their threepeat.

All the good acts were booked for the Olympics so the AFL could only get Bachelor Girl.

Seemed like a nice tribute and Wendy could belt out a tune.

The two random singers who used to sing the Channel 7 footy song back in the day got a run at the 98 Grand Final.

They have not been heard from since.

WHERE WAS THE PRIOR? Screamed the crowd during the 97 Grand Final.

She was on before the game singing the national anthem along with an all-star cast.

And try to get this song about the MCG out of your head.

To celebrate its centenary season back in 1996 the AFL got a who’s who of Grand Final entertainment from years gone by in a star-studded 1990s flag-waving spectacular.

As Sorrento Moon is topping the ARIA Charts at the time, Tina Arena did a spectacular rendition of Waltzing Matilda back in 1995.

The AFL pays tribute to Australian cinema at half-time of the 95 Grand Final.

Half-Time entertainment was briefly brought back in 2012, but most prefer the Auskick kids to get a run.

If there’s one band who’s songs make me want to run out through brick walls and do whatever it takes on Grand Final day, It’s the Seekers.

This act has nothing on a North Korean military parade.

Maroochy Barambah claimed there were audio issues as this rendition of Waltzing Matilda is very much butchered like the sheep being murdered in the song.

After the Angry Anderson experience, the AFL kept it simple upon the Grand Final’s return to the MCG in 1992 and signed up opera singer Joan Carden to belt out a few numbers before West Coast and Geelong took the field.

Back when Horses wasn’t ironic Dazza really won the crowd over at Waverley Park by wishing Collingwood was playing that day.

The GOAT of Grand Final performances.

Nothing will ever compare to Angry in the Batmobile.

And the half-time entertainment also featured BOUND FOR GLORY, a year before Angry!

Peak Farnsey belts out Waltzing Matilda prior to one of the greatest Grand Finals ever played.

Melbourne tries to show the world they can host the 1996 Olympics by getting kids to wave flags.

One of those kids happened to be a young Nathan Buckley.

Spoiler Alert – Melbourne did not get the 1996 Olympic Games.

I’ve seen a fair few attempts at Waltzing Matilda, this is the best one.

No Ozzie Ostrich, no Plucka Duck, no Dickie Knee, no Blackers.

You can’t go wrong with Slim and Waltzing Matilda.

In his performance of Waltzing Matilda, lead singer of the Little River Band Glenn Shorrock gets the crowd chanting for Australia II in the America’s Cup.

Rolf Harris was the actual pre-game entertainment back in 1982, but we’ll give it a miss for obvious reasons.

Anyway, everyone remembers the streaker during the game.

Before he was the star of All Together Now, Jon English was a fine rock star.

It used to be dominated by Gaza Snr’s brother Geoff who would win it every single year.

The Boy from Oz sings “I Still Call Australia home” with references to the MCG.

Up There Cazaly is top of the charts in 1979 and Brady sings it at the Grand Final for the very first time,

The footage isn’t on YouTube, but there’s a clip of his bloke lighting up a dart during the game.

Those were the days.

There’s no vision of Keith Micheal back in 78, but it was the year Channel 7 commentator Peter Landy kicked one of the kids with balloons pre-game that got in his shot.

The 1977 Grand Final was unique in that it was the first one to be broadcast live into Victoria and was also the very first one to have pre-game entertainment,

Barry Crocker was the first artist to perform.