Neds
The best sport on TV

With our mates in Victoria being forced to stay at home again, they are going to need something to fill their time and the last thing we want is for more people to resuming baking their own sourdough bread.

Fortunately, we’ve dusted off (and washed our hands) our old video collections and are pleased to present this list of must-watch titles to revisit to fill our sporting needs while we are all stuck at home during this strange and surreal time.

Our mates in Melbourne are gonna need some quality entertainment when they go back into lockdown.

Thankfully, our streaming service* Nedflix has it covered.

AFL:
Sensational Seventies, Electrifying Eighties, The 90s – The Decade that Delivered –
AKA: The Holy Trinity of Football Videos.

You’re not a true footy fan until you’ve seen these iconic documentaries reflecting on 30 years’ worth of the finest Australian Rules Football ever played. In Sensational Seventies, you’ll join Peter Landy as he takes you from the time VFL Park opened, footy moving from black and white to colour, the biffo, the fashion, the discussion panels featuring icons like Ron Barassi and Tommy Haffey in their best outfits of the time and, more importantly, the footy. You’ll start from a summer of discontent at Princes Park, see South Melbourne move to Sydney, the first season of the Brisbane Bears and the West Coast Eagles and an excellent montage of the marks and goals of the 1986 season with Take My Breath Away by  Berlin. The 90’s – The Decade that delivered starts with the most Bruce McAvaney of Bruce McAvaney of intros and leads into Peter Diacos’ iconic banana kick from the boundary line in the drawn 1990 qualifying final between Collingwood and West Coast.

You’ll see highlights like the Baby Bombers in 1993 and lowlights like the farewell of Fitzroy before they merged to become the mighty Brisbane Lions.

There’s plenty of Plugger, Dunstall, Carey, Modra and Ablett Snr for when the full-forwards ruled. Bruce was right – it truly was the Decade That Delivered. Join Rex Hunt as he goes deep into Channel 7’s AFL archive and brings you what’s been missing in the game for years – the biff.

The titles are worth watching for Rex’s introductions alone. The video focuses on the year Gary Ablett was moved up forward by then Geelong coach Malcolm Blight, kicks a century and the Cats became the greatest team to ever miss out on the finals.

Sandy Roberts interviews Ablett in this video as the man they called GOD gives fascinating insights like “I kicked a banana” and “It was just good to get the win.”

CRICKET:
There’s Only One Place…

Have a hankering for classic Mercantile Mutual Cup highlights?  He’s got it covered.

Want to relive the magic that was Australia A v India A played in LA?  It’s there.

An afternoon spent watching random Sheffield Shield clips? You got it.

Anything and everything that’s Cricket related that’s been broadcast on television or captured on tape is on this YouTube channel.

If you’re locked down in self-isolation for two weeks, spending it on Robelinda2 YouTube is one of the best ways to pass the time.

Thank goodness people power and wise heads prevailed at Cricket Australia when some gung-ho lawyer tried to shut the great man down.

Some good news: The copyright claims against @robelinda2 were made in error and have been retracted. The videos should be back up and running soon.

We've got no plans to shut down Rob's old gold and will follow up on the processes around this.

It turned out that even the chairman of Cricket Australia spends his spare time watching Robelinda2 videos.

I am so embarrassed that this is news worthy!

Pleased that so many cricket fans showed their support! You guys are awesome. 🤘🏻
https://t.co/TzxTv7fct0 The only Olympic-related content you’ll ever need is to watch The Dream with Roy and HG.

There is no better way to celebrate 20 years since Sydney 2000 with the likes of Kegs, the Battered Sav, Fatso the Fat-Arsed Wombat and of course the Olympic anthem – GO YOU GOOD THING!

Ask any NRL fan over the age of about 40 and they will tell you that “footy was much better back in the day” and some of these flashbacks to eras gone by will let you judge for yourself with this look back at the best moments of the 80’s and 90’s.

This DVD set also gives us a chance to see some of the best tries and reminisce about the greatest players of the 1900’s as well. Then you have to take a look back on Grand Final day as well with this collection of 5 of the best… from before the turn of the millennium.

Each presented in their original broadcast format, we can see how that 1991 classic between the Panthers and Raiders played out or remember that one time the Storm were likeable underdogs in the 1999 decider that was sealed with a penalty try. Relive the glory days of Australian football as we transitioned from the “old soccer” to the “new football era” kicking off with the biggest win for the team since 1973… beating England 3-1 in… a friendly!

Let’s be honest, after the disappointment of several failed World Cup qualifying campaigns, it was nice to have something to latch on to and it was also the international debut of one Wayne Rooney.

There are DVD’s of it out there but for now…

Then we have that one night in November 2005 when everything changed, Australia made it back to the World Cup and you can relive that night in Sydney with the DVD of the SBS broadcast!

If nothing else we can see the late, great Les Murray in full flight and hear Craig Foster losing his mind when Aloisi’s penalty was successful. Of course, there is also the November 16 documentary, done by Ben Coonan and Richard Bayliss, which was nothing short of superb.

Then you can relive the Socceroos time in Germany with the collection of matches from Germany 2006.

Although in all honesty, you can get by just watching the Japan and Croatia games, anyone voluntarily watching the Italy match is a sucker for punishment. Then there’s something a bit more recent as you can relive the 2015 Asian Cup Final where the Socceroos claimed their first major honour as a team in their new confederation. In these times where you need to defend more than ever, why not dust-off this classic “The Goalkeeper with Mark Bosnich”?

Let Bozza show you the way of the art of goalkeeping and hopefully a few other lessons in life in this outstanding educational title.

Don’t let coronavirus slip through the keeper. This is a must-watch!

The NBA has been producing top-notch stuff for years now and it may very well have peaked with the movie Hoop Dreams, following two basketball hopefuls on their quest for stardom.

If you want on-court NBA action, the Hardwood Classics collection will take you back in time to when basketball was a… slightly more physical sport than it is today. 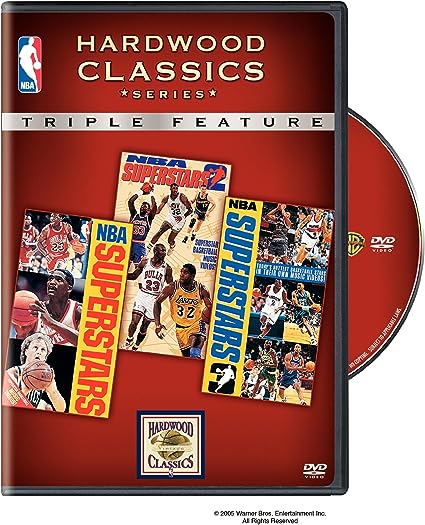 Then, of course, there’s anything involving the greatest basketballer of all time, Michael Jordan, the man’s highlights could fill a library on their own.

This time could really serve as the perfect excuse to watch The Last Dance for the first time or all over again.

It’s a little known fact that everyone involved in the AFL has used The Last Dance as a way to compare themselves.

For a more local hoops flavour, you simply can’t go past the NBL 1991 season highlights video.

Hosted by Stephen Quartermain it features an absolute who’s who of Australian Basketball.

Forget the Chicago Bulls in The Last Dance, the real inspiration from the world of hoops can be found in “One Giant Leap”, the season highlights video from the North Melbourne Giants Mitsubishi Challenge winning season of 1994.

This is the story of the battlers from the Glasshouse overcoming the odds and doing it the hard way to take out Australian Basketball’s greatest prize.

We’ve got two options for NFL programming (if you’re into that sort of thing) as NFL Films has a habit of bringing out some of the best sports content out there.

Firstly the old NFL’s Greatest Follies series which is basically just bloopers from the gridiron.

If you want more serious insight, the series entitled A Football Life which starts with a two-part episode on Bill Belichick has some top-notch stuff as well.

Far and away the best thing Bill Simmons produced in his time with ESPN was the original 30 for 30 Series.

Some of the best ones are as follows: