The respected source of information known as Wikipedia describes Mad Monday as “…a term commonly used in Australia to refer to the traditional end-of-season celebrations for professional players of various codes of football.”

The true spirit of Mad Monday really set the scene after Carlton won the 1987 Grand Final when Stephen Kernahan famously sang “Stand By Your Man” outside Naughtons Pub in Parkville.

Mad Monday has a long and chequered history, like the time when Footscray player Simon Atkins had all his stuff dumped at the pub by his then-girlfriend back in 1992.

And while Mad Monday has had more than its fair share of scandals over the years, however, when done right (as most clubs do) it’s a chance to let your hair down after a long, grinding footy season and dress up like a complete fool.

In no particular order, We take a look at some of the outstanding Mad Monday outfits that have graced us in 2019.

Mad Monday got off to a literal flyer at Carlton when the retired Dale Thomas dressed up as Warwick Capper and the Wiz dressed up as him at Collingwood.

Despite another year to forget for the Gold Coast Suns, they also had a Mad Monday but self-appointed AFL Fun Police, shock-jock, former Port Adelaide star and failed fireman Kane Cornes wasn’t having a bar of it.

Can someone tell @GoldCoastSUNS that they won 3 games and lost 18 in a row. #DressUps pic.twitter.com/DD92RimS1r

“Fresh” from celebrating their second flag in three years, much like the Grand Final the Richmond boys, meant business when it came to their Mad Monday.

a belter of a mad monday outfit pic.twitter.com/dLno2CQW1d

Did @BrendanFevola25 make an appearance at Richmond's Mad Monday? 😂 pic.twitter.com/cT4YuNXGCS

Along with an outstanding second half of the season, Tom Lynch’s Mad Monday game was also A+

Being sidelined with a knee injury this season gave plenty of time for Alex Rance to scrub up well for Mad Monday.

Turns out the real Slim Shady is Dan Butler

Will the real slim shady please stand up? Thanks to @bennettandco_ for sorting the hair.

Our boys, the mighty Brisbane Lions (proudly sponsored by Neds) gave us a really promising season in 2019 and really delivered when it came to Mad Monday.

Josh Walker, Harris Andrews and Darcy Gardiner showed the boys were dedicated to their art. 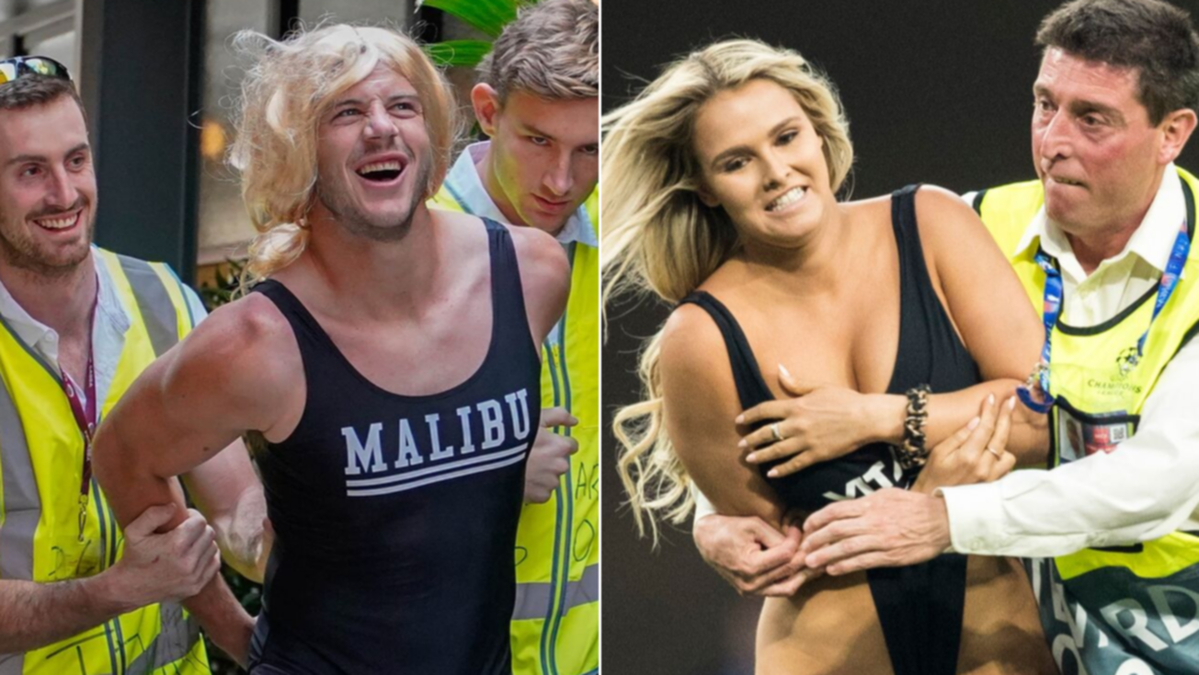 The Jamaican bobsled team is a staple of any dress-up party,  but an excellent one at that. 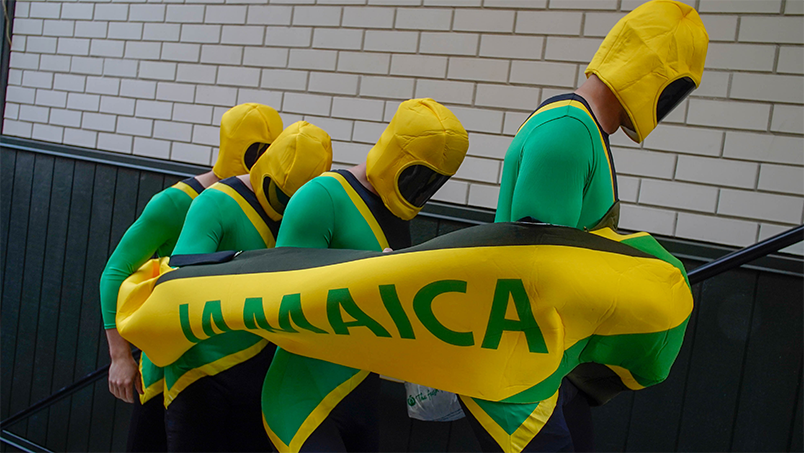 The Lions had More pop-culture dress-ups than a SupaNova Convention. A NEAFL Premiership, a Semi Final appearance, and many great costumes along the way 😂 #MadMonday pic.twitter.com/hXvjSWcgbU

You’ve got a friend in Mitch Robinson.

A strong effort from Xavier Dursma and the Port Boys dressing up as Roaming Brian.

When it comes to Mad Monday or “Wacky Wednesday” as they do in Geelong, the Cats have had a decade of dominance which if you cared about the dress-ups really makes up for the poor finals performances of recent.  The local newspaper even had a special issue devoted to it.

Dressing up as Zach Galifianakis in The Hangover would have been really relevant in 2011. That was also the most recent year the Cats won the flag.

Luke Dahlhaus as ‘Salt Bae,’ with a steak in hand gets the 3 votes from us for the Cats Wacky Wednesday.

He also could have dressed up as the coach and it would have been just as salty. 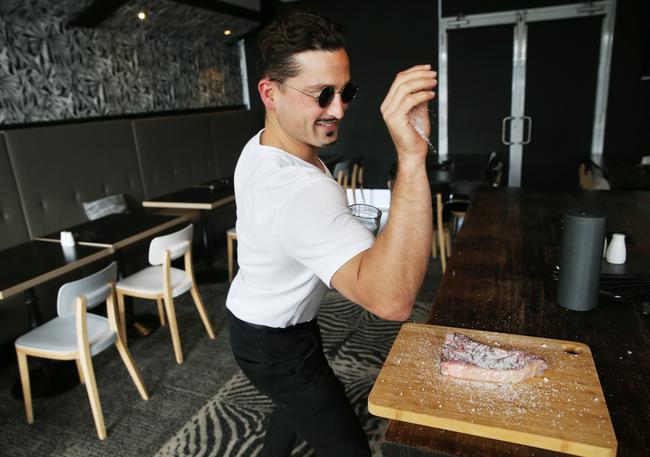 Scott Selwood and Esava Ratugolea dressed as Lil Nas X and Billy Ray Cyrus shows these boys are down with the popular music the kids listen to in this day and age. 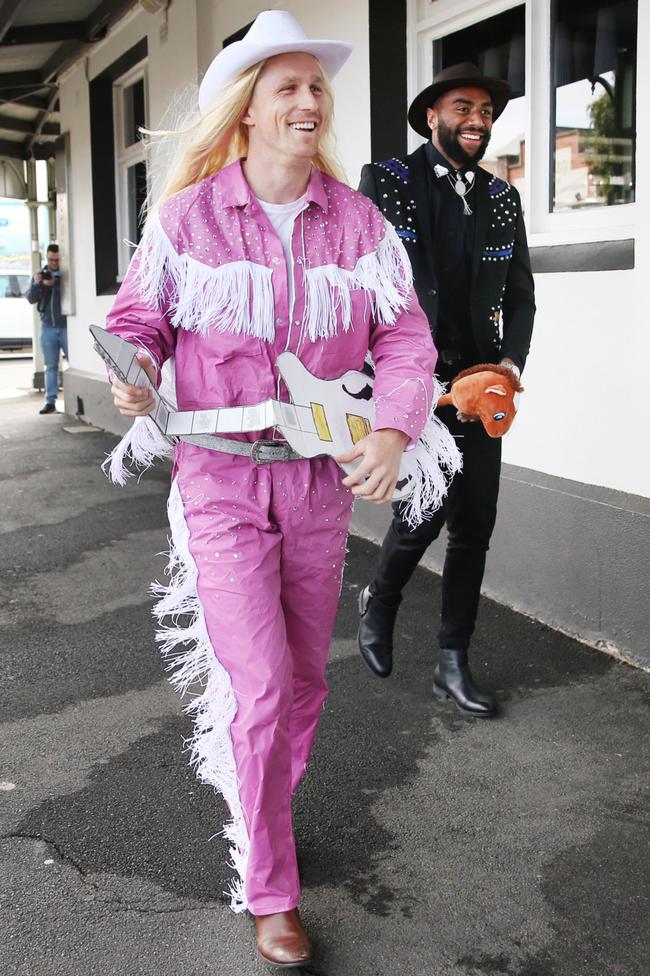 But of course, the last word for AFL Mad Monday 2019 goes to player advocate Kane Cornes regarding Patrick Dangerfield’s outfit. Kane would be excellent at a Festivus party.

He forgot the premiership medal… pic.twitter.com/e8T0M160ik

Don’t worry NRL fans, despite all the scandals involving Rugby League players and Mad Monday from over the years, we’ve still been able to find some highlights of the boys letting their hair down this year.